» English » XIAOMI TAKES THE NO.2 SPOT IN GLOBAL SMARTPHONE MARKET FOR THE FIRST TIME

XIAOMI TAKES THE NO.2 SPOT IN GLOBAL SMARTPHONE MARKET FOR THE FIRST TIME 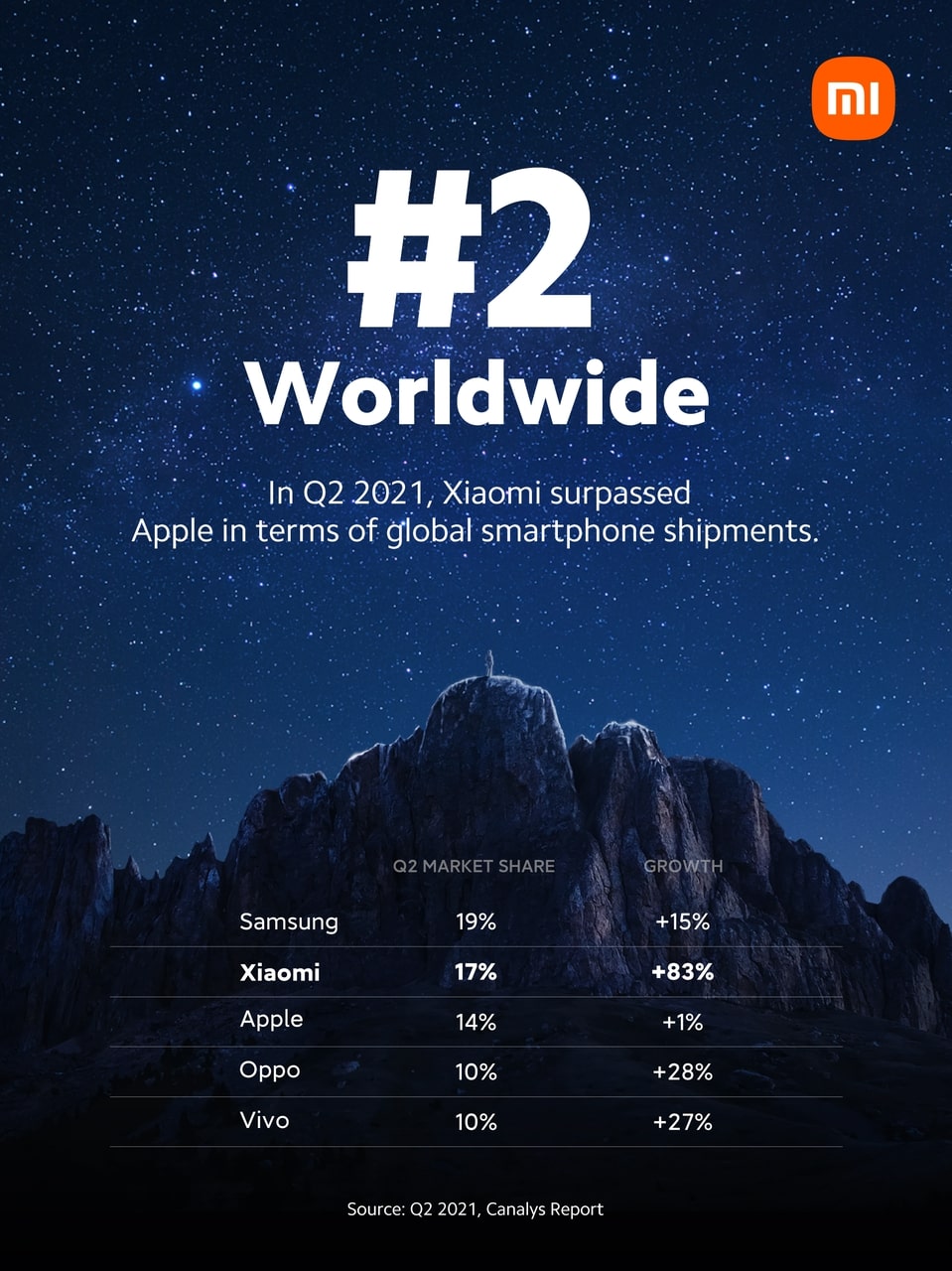 Canalys expressed that Xiaomi is now transforming its business model from challenger to incumbent, with initiatives such as channel partner consolidation and more careful management in the open market. Canalys commented that Xiaomi’s new goal is to displace Samsung to become the world’s largest vendor.

In a letter to all employees, Lei Jun, Founder, Chairman and CEO of Xiaomi, pointed out that becoming the World’s No.2 is a key milestone in Xiaomi’s history. After five years of self-improvement under extremely difficult conditions, Xiaomi’s product capabilities have been enhanced significantly – they paved the way for the premium market segment and increased its market share. Xiaomi will continuously strengthen its core capabilities and cement its place as the second largest smartphone brand.

In Q4 2020, the global shipments of Xiaomi reached 43.4 million units with 31.5% YoY growth, surpassing Apple for the first time and returning to the third place. In Q1 2021, Apple rose to No.2 with 15% of global smartphone market share, followed closely by Xiaomi with its 14% of market share. Xiaomi’s global smartphone shipments were 49.4 million units back then with 69.1% YoY growth.

Since Xiaomi launched its first premium flagship Mi 10 series, it has been continuously innovating in critical areas, such as imaging, display, charging, smart manufacturing and more. Xiaomi is invested in achieving breakthrough in premium market, bringing cutting-edge leading technology to consumers, and helping to shape the direction of the industry.

Xiaomi has been the first to bring numerous industry-leading technologies to market. In camera technology, the company introduced the 108-megapixel camera, the GN2 camera sensor and an innovative liquid lens. In display, it has been pioneering the technology research of the third generation under-display camera. Xiaomi has also led in battery charging, realizing 200W wired charging and 120W wireless charging for the very first time. In addition, it was the first to introduce graphene-based lithium-ion batteries and second-generation silicon oxygen batteries. Xiaomi is also a pioneer in mobile phone ceramics, leading the trend of industry exploration.

In addition, the first phase of Xiaomi’s smart factory has started operation. Its production lines are automated and capable of manufacturing a million high-end smartphones per year, it is also a huge lab facility which enables Xiaomi to research new materials and technologies as well as test advanced manufacturing and production processes.

Innovation is part of Xiaomi’s culture and the company invests considerably in R&D and recruiting the very best talent. Xiaomi has invested nearly RMB10 billion in R&D in 2020, this year the number is expected to increase by 30-40%. At the beginning of 2021, Xiaomi announced the biggest engineers recruitment drive in its history: 5,000 engineers in one single year, which will occupy 20% of total employees. Meanwhile, Xiaomi has launched multiple talent incentive initiatives such as one million US dollars award project for technology talents, young engineers incentive plan, etc. Nearly 700 young engineers of Xiaomi were granted 16 million shares, following the incentive plan just in the month of July.

Xiaomi’s global expansion as well as the transformation in new retail channels have been an important driving force in helping the company become the second largest smartphone manufacturer. According to the latest global smartphone data of Canalys, Xiaomi is expanding fast in overseas markets, reaching over 300% YoY growth in Latin America market, over 150% YoY growth in Africa and over 50% YoY growth in Western Europe. According to the Q1 2021 Results Announcement of Xiaomi, Xiaomi smartphones have entered over 100 markets worldwide, ranked No. 1 in terms of smartphone market share across 12 markets and ranked No.2 in Europe. Also, as per IDC Worldwide Quarterly Shipments Tracker, Q4 2020, Xiaomi Nepal is the no.1 smartphone brand for the full year 2020, as well as Q1, Q3 and Q4 individually. 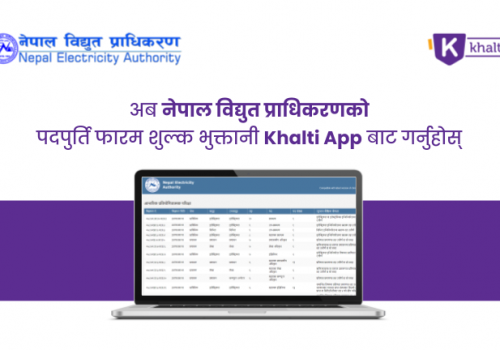 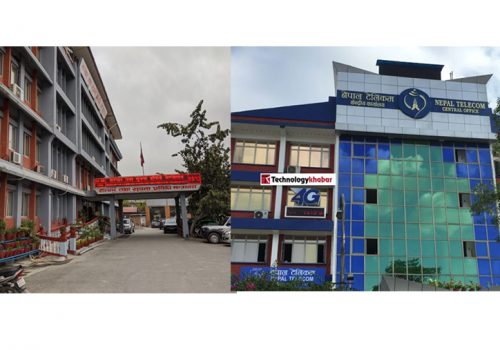 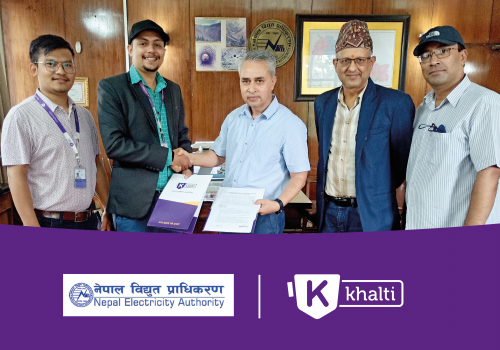 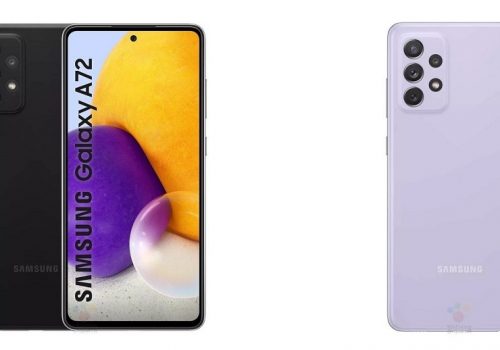 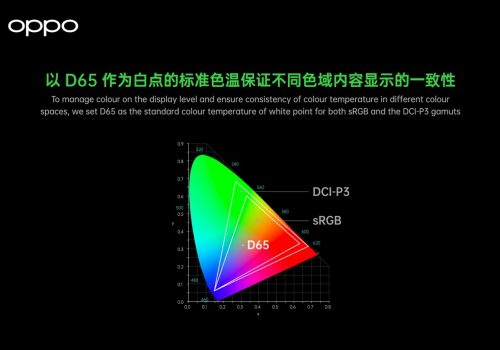 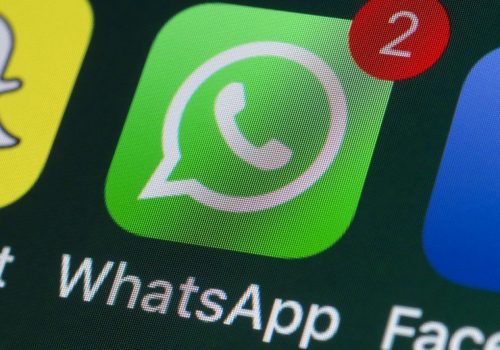